Due to severe overstocking of the range during World War I—brought on by federal policies and soaring prices for meat, leather, and tallow and followed by a sudden decline in beef, wool, and horse prices at war’s end—the boom ultimately brought hardship to southeastern Oregon ranchers. The future of the region suddenly looked bleak. But the 1920s brought a new prosperity, largely because of federal land policies combined with infusions of capital—investment dollars provided by American taxpayers as well as by distant corporations—that became embodied in national forest timber sales, railroad construction, and large-scale irrigation developments.

The Malheur and Fremont National Forests were designated in 1908. Part of the Progressive Era’s legacy of conservation, the national forests represented a dramatic about-face from America’s traditional goal of turning public land into private, either through homesteading or by outright purchase. The U.S. Forest Service meant to protect the forests from fire and theft, but the agency also was given the task of making timber available for production in a rational and sustained manner. The Malheur National Forest embraced the pine forests of the Blue Mountains, north of Burns. The Fremont included similarly rich timberlands, situated on either side of Lakeview, the Klamath highlands to the east, and the Warner Mountains to the west.

The railroads that arrived in Lakeview in 1913 and Burns in 1924 were constructed in large part with that timber wealth in mind. In the early 1920s, the Herrick Lumber Company built an immense lumber mill on the edge of the desert just west of Burns, establishing a company town named Herrick and extending a logging railroad north up the Silvies River canyon to Seneca and into the Malheur forest. The better-financed Edward Hines Company, a Midwest firm, purchased the Herrick operation in 1928 and renamed the town Hines. At Lakeview, the Oregon-Nevada-California Railroad link to California brought a relatively large capacity sawmill to the town that operated through the 1920s and into the 1930s. Trains regularly delivered loads of national forest and private timber to the mills, and high-grade lumber were shipped from the mills to retail markets all across the country.

Water wars—with most of the battles fought in court—had long plagued the High Desert. Ranchers fought ranchers over diversions of even the tiniest of streams into a private pasture. With the twentieth century came new efforts to end the conflict, as well as to increase the supply of water. The State of Oregon decreed in 1909 that all water rights would be based on the principles of prior appropriation and beneficial use and that such rights were subject to state adjudication. This eventually brought some semblance of peace to the strife.

At about the same time, the U.S. Reclamation Service—now the Bureau of Reclamation—had a mission to increase the supply of water for irrigation. The agency grew out of the federal government’s decision, shortly after 1900, that it alone possessed the expertise and funds necessary to guide and build numerous irrigation projects across the arid West. Government engineers helped push to completion several important irrigation developments in southeastern Oregon. First begun by the Pacific Live Stock Company, the upper Warm Springs Reservoir on the Warm Springs River (completed in 1919 and storing up to 192,000 acre-feet of water) employed federal engineers and funds for its extensive drainage system. The Silver Lake Irrigation District’s Thompson Reservoir project (completed in 1922 and storing 20,000 acre-feet of water) benefited from technical assistance and low-rate government loans.

Southeastern Oregon’s largest irrigation development, the Owyhee Project—over a million acre-feet—brought teams of federal engineers, large work crews, and heavy equipment to a remote area in central Malheur County. Begun by the Bureau of Reclamation in the late 1920s and completed in 1932, the 417-foot-high, concrete-arch Owyhee Dam was the tallest dam in the world, until it was surpassed by Boulder Dam four years later. This huge public works project, built on the northeast edge of the High Desert, brought the impounded waters of the Owyhee River, not to High Desert ranches, but to the lower and much more densely populated croplands along the Snake River. Ontario, Nyssa, and other low-lying Snake River communities of the Treasure Valley benefited from the snows that fell on the high tablelands of Oregon’s southeastern corner. 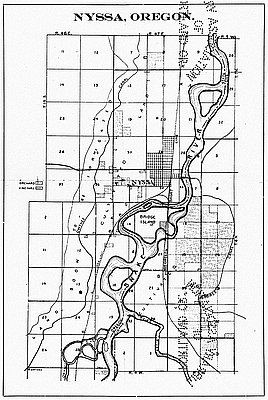 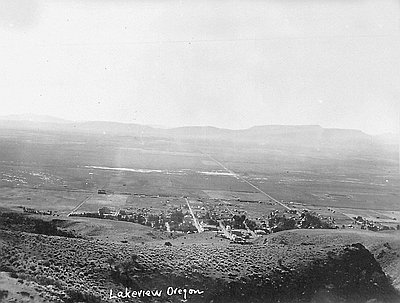