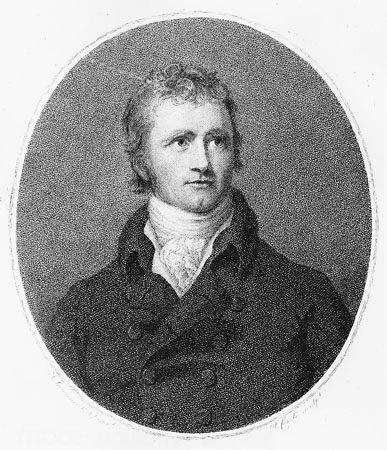 In July 1793, at Bella Coola, 100 miles north of the northern tip of Vancouver Island in what is now the province of British Columbia, Alexander MacKenzie, along with several trappers and Indian guides, encountered the tidewaters of the Pacific Ocean. After an arduous journey of nearly 3,000 miles, the group was the first to cross the continent north of Mexico. Because of the route's difficulty, the journey did not fulfill MacKenzie's ambition to find and profit from a practicable trade route to the Pacific. The trek did, however, increase the British presence in the region and influence Thomas Jefferson to respond by commissioning the Lewis and Clark expedition.

Born in Scotland in 1762, MacKenzie sailed for New York in 1774. Arriving the next year, he settled there with his family. In the midst of revolutionary turmoil, MacKenzie, along with his aunts, left New York for Montreal in 1778. A year after his arrival in the city that was then the center of the American fur trade, MacKenzie entered the trade as a clerk for John Gregory, an influential partner in the North West Company. In 1785 Gregory offered to make MacKenzie a partner in the company if he would travel west. MacKenzie agreed and in 1787 arrived at Fort Chipewyan on Lake Athabasca in what is now northeast Alberta. By this time, he had married an Indian woman.

At Fort Chipewyan, he met explorer Peter Pond who believed that a nearby river provided the long-sought Northwest Passage. MacKenzie was intrigued and in 1789 set off to follow the river. Along with trappers, Indian guides, and their wives, he followed what is now the Mackenzie River in Canada for 1,000 of the river's approximately 1,100 miles. Arriving at the mouth, the party realized they had found a new route to the Arctic Ocean, not the Northwest Passage to the Pacific. Still determined to find such a route, MacKenzie left for England in 1791 to improve his skills as a cartographer and navigator.

Returning in the spring of 1792, MacKenzie set off again. This time he and his crew paddled up the Peace River. After stopping for the winter at the North West Company's Fort Fork (in what would become the province of Alberta), MacKenzie and his crew continued up the river the next spring. They then traveled up the Parsnip River. After crossing the continental divide, the party traveled down the Fraser River (in what is now the province of British Columbia), until abandoning the water and walking west. For most of the trip, MacKenzie depended upon Indians to point the way.

MacKenzie and his group returned that same year to Fort Fork. In 1801 MacKenzie published his account of his explorations, Voyages from Montreal, urging the British to seize control of the Northwest by building forts. The next year King George III awarded him the title Knight Bachelor for his achievements in exploration. He married again in 1812. Sir Alexander MacKenzie died in Scotland in 1820.

Jefferson read MacKenzie's book Voyages from Montreal in the summer of 1802. The book's suggestion for British expansion into the region contributed to Jefferson's decision to send Lewis and Clark to reconnoiter an easier trade route to the Pacific from 1803 to 1806.