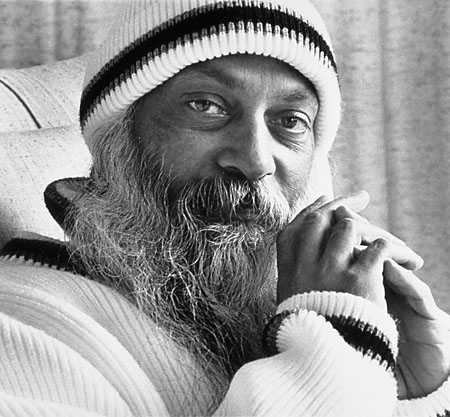 The Bhagwan Shree Rajneesh was the spiritual leader of the Rajneeshee religious sect headquartered at Rancho Rajneesh in the Central Oregon desert from 1981 to 1985. He attracted hundreds of thousands of red-clad followers from around the world, known as sannyasins. These followers, mostly educated and affluent, followed Rajneesh's teachings which he argued did not reject but rather built on, other religions. Described by reporter David Sarasohn as a “combination of Eastern mysticism…and the Western human potential movement,” the Rajneesh believed that meditation and sexual exploration were essential to spiritual enlightenment.

Born Rajneesh Chandra Mohan in 1931, Rajneesh grew up in Kuchwada in central India. In 1955 he earned a masters degree in philosophy and taught at two universities until 1966. In 1974 he founded an ashram (commune) in Poona (Pune), India where his success as a spiritual leader began. On July 10, 1981, his assistant Ma Anand Sheela, the president of the Rajneesh Foundation International, purchased the 64,000 acre Big Muddy Ranch straddling Wasco and Jefferson Counties in Central Oregon. The Bhagwan renamed it Rancho Rajneesh and moved there in August 1981.

The Rajneeshee developed the city of Rajneeshpuram, whose population was estimated between 2,000 and 3,000 in 1983 and 1984. They also planned a communal farm on the property. As the population of sannyasins increased, so did local resistance. Reports surfaced that Rajneesh was exercising mind control techniques on his followers. To the suspicion of the residents of the nearby town of Antelope, he owned fleets of Rolls Royce cars and private jets, while sannyasins on the commune labored 12 hours each day without monetary compensation. A lengthy struggle between the Rajneesh and their neighbors erupted, attracting the attention of the international press. On September 13, 1985 Sheela, his assistant, fled the commune for Europe amid criminal charges.

Despite Rajneesh's attempts to distance himself from Sheela, the commune collapsed, and on October 28, 1985, he too fled. Arrested when his jet refueled in Charlotte, North Carolina, Rajneesh was tried in Portland on charges of immigration fraud. Immediately after his trial on November 14, Rajneesh left for India and changed his name to Osho. He spent the rest of his life in several countries including Greece and Uruguay. He died on January 19, 1990 in Poona, India where his followers still operate an ashram.