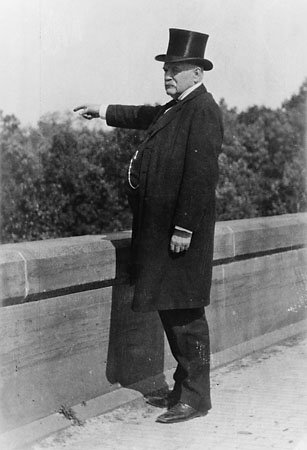 Harvey Whitefield Scott was an Oregon Trail pioneer who became one of the more influential editors of Portland's newspaper, the Oregonian. Scott's unique, direct, and often dogmatic writing style were greatly influential in regional politics.

Scott was born on a farm near Groveland, Illinois, the son of John Tucker Scott and Ann Roelofson and brother to Abigail Scott Duniway. In 1852, Scott traveled to Oregon and settled in the Willamette Valley. Two years later, the family moved to Shelton, Washington. Scott spent nine months in 1855 fighting for the Washington Territory Volunteers in the Yakima War, instigated by white gold miners who sexually assualted a Yakama woman and violated the treaty rights of Yakama, Walla Walla, Umatilla, and Cayuse Indians.

In 1856, Scott returned to Oregon to work at a farm outside Oregon City. He worked several jobs to fund his education, first at the Tualatin Academy and later at Pacific University where he graduated in 1863. Soon after, Scott became the librarian at the Portland Library and studied law at the private office of Judge Erasmus D. Shattuck. Although he passed his bar examination, he never practiced law.

In April of 1865, Scott wrote his first editorial for the Morning Oregonian and a year later, Henry Lewis Pittock, the owner of the paper, hired Scott as the editor. Scott would remain the editor, and eventually part owner, of the Oregonian until his death in 1910. He broke from the paper from 1872-1877 to serve as collector of customs for the port of Portland. Scott held perhaps the most influential position in Oregon's media for forty years and shaped the Oregonian's conservative perspective on such issues as woman's suffrage, the labor movement, and publicly funded schools.

Scott thought of newspapers as opportunities for public education and to influence public opinion. He declined diplomatic appointments to Belgium in 1905 and Mexico in 1909 because he considered such employment inferior to his editorship at the Oregonian. Scott was president of the Oregon Historical Society from 1898-1901 and of the Lewis and Clark Exposition from 1903-1904, as well as the directorship of the Associated Press from 1900-1904.

Scott's wide variety of interests and his love of reading shaped his personal library, one of the largest in the Northwest. Among the subjects he most enjoyed were history, economics, religion, theology, and metaphysics. His talents as a writer, journalist, and editor were the driving force behind the success of the Oregonian and brought national recognition to the paper. As a conservative, Scott used the paper, with its large audience, to oppose many of the social reforms of his time including free high schools, state supported schools of higher education, prohibition, woman's suffrage, organized labor, and Oregon's system of direct primary, initiative, referendum, and recall. Scott also advocated “sound money” and led a campaign against the Greenback movement and Free Silver. An economic liberal not bound by the Republican Party line, Scott insisted that protective tariffs only served to create monopolies and enrich the few to the detriment of the many.

Scott was also an intense enthusiast of the Pacific Northwest. He often traveled across the nation proclaiming the “greatness” of the region, its abundance of natural resources, its pioneering past, and its hardworking, moral, and productive citizens. Scott's legacy was memorialized when Mt. Scott in Portland was named in his honor.

Scott was born on a farm near Groveland, Illinois. His sister was Oregon’s famous suffragette Abigail Scott Duniway. In 1852, as a teenager, Scott traveled the Oregon Trail and settled in the Willamette …

This busy corner at Southwest Sixth and Alder shows the mixed modes of transportation common in 1912 when the photo was taken.  Bicycles remained popular almost thirty years after their introduction in Portland and cars and horse-drawn carriages continued to vie for the right of way since common sense was …