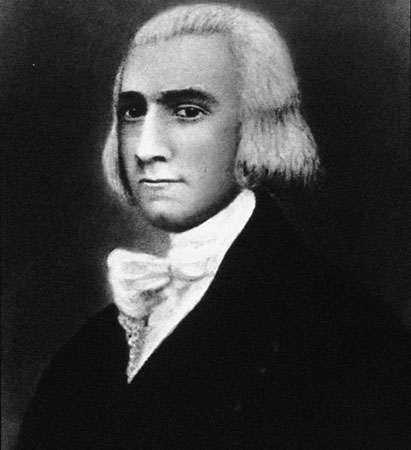 When John Jacob Astor died in 1848, he bequeathed $400,000 of his $25,000,000 fortune to establish a public library in New York City. With the exception of one small annuity for an old employee, Astor left the rest of his estate to his family. Astor was one of the wealthiest men the country had ever seen and his meager public bequest caused many to remember him as a miser who attempted to found an American dynasty by keeping the money in his family. Today many remember him as the owner of the American Fur Company and namesake of Astoria, Oregon.

Astor was born in Germany in 1763. His father was a butcher. After working for three years in his uncle’s London musical instrument making shop, he immigrated to New York, arriving in 1784. He married Sarah Todd in 1790. In 1786 he opened a small shop trading in furs. Soon after the 1794 Jay Treaty allowed Americans to trade in Canada (and Canadians to trade in the United States), Astor became America’s leading fur trader. His business was worth nearly $250,000. Astor expanded the scope of his trade around the turn of the century and began trading furs for tea in China. He also began investing in Manhattan real estate.

In 1808 Astor founded the American Fur Company and two years later, a subsidiary company to harvest Oregon furs. Hoping to monopolize trade in the West, Astor planned an outpost on the Pacific Coast. He sent two groups of trappers to the Columbia. One group, traveling by sea, arrived at the mouth of the Columbia in March 1811 and began constructing a fort, naming it Astoria. Another group, traveling overland, arrived in January 1812. Astor expected the venture to be profitable in its third year, but it did not last that long. In 1812 war broke out between Britain and the United States. The Astorians sold their fort to the Canadian North West Company in 1813. They did so just in time. Later that year a British warship arrived to take possession of the fort.

After losing his fort to the British, Astor continued to trade furs. In 1816 he convinced Congress to prohibit non-citizens from owning fur trading operations. The law forced the Northwest Company to sell its holdings south of the Great Lakes to Astor. In 1822, Astor again lobbied Congress, this time to close government operated trading posts. The posts closed and Astor’s company began consolidating its market share, at the expense of smaller companies and independent trappers. In 1834, Astor sold his fur company.

Astor died in 1848, the richest man in the country. Astoria, Oregon, is named for him. His family’s fortune lasted several generations.