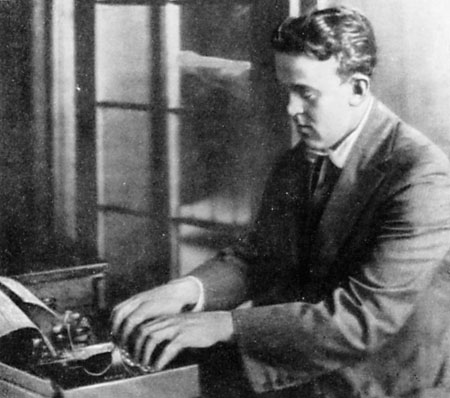 For John Silas “Jack” Reed, the conservative, early twentieth-century city of Portland could never be “prepared to understand his dreams” of social revolution and change. Born in 1887, Reed grew up in a stately Portland mansion, attended the Portland Youth Academy and later, boarding school. Fascinated with the travels of his uncle and the unfamiliar habits of his family's Chinese servant Lee Sing, Reed's early writings were inspired by his desire to see the world.

Praised for his poetry and writing skills, Reed graduated from Harvard in 1910 and began a career in journalism in New York. He wrote predominantly for leftist magazines and was celebrated among Greenwich Village radicals. Reed first gained prominence when he covered the 1911 Mexican revolution alongside revolutionary Pancho Villa. The event inspired his romanticized chronicle, Insurgent Mexico. In 1915, Reed toured Eastern Europe reporting on the atrocities and injustices of World War I. He became especially captivated with Russia and its potential for revolution, writing that Russians “are perhaps the most interesting human beings that exist.”

Returning home in December 1915, Reed was lonely and tired of war, but on a visit to Portland he met Louise Bryant. In Bryant, Reed found his intellectual match. They married in 1916 and, after living for a time in New York City and Massachusetts, departed for Russia in 1917 to witness the revolution. Reed's 1919 book Ten Days That Shook the World was an account of the Bolshevik seizure of power. In 1920, Reed traveled back to the U.S. to coordinate a domestic Communist party. Upon his return to Russia he was imprisoned and held in solitary confinement in Finland. Later released, a sickly Reed reunited with Bryant in Russia, but was tragically stricken with typhus.

John Reed died in October 1920. The only American ever buried at the Kremlin, Reed's idealism, intellect, and spirit would inspire radicals to form John Reed Clubs across the United States.