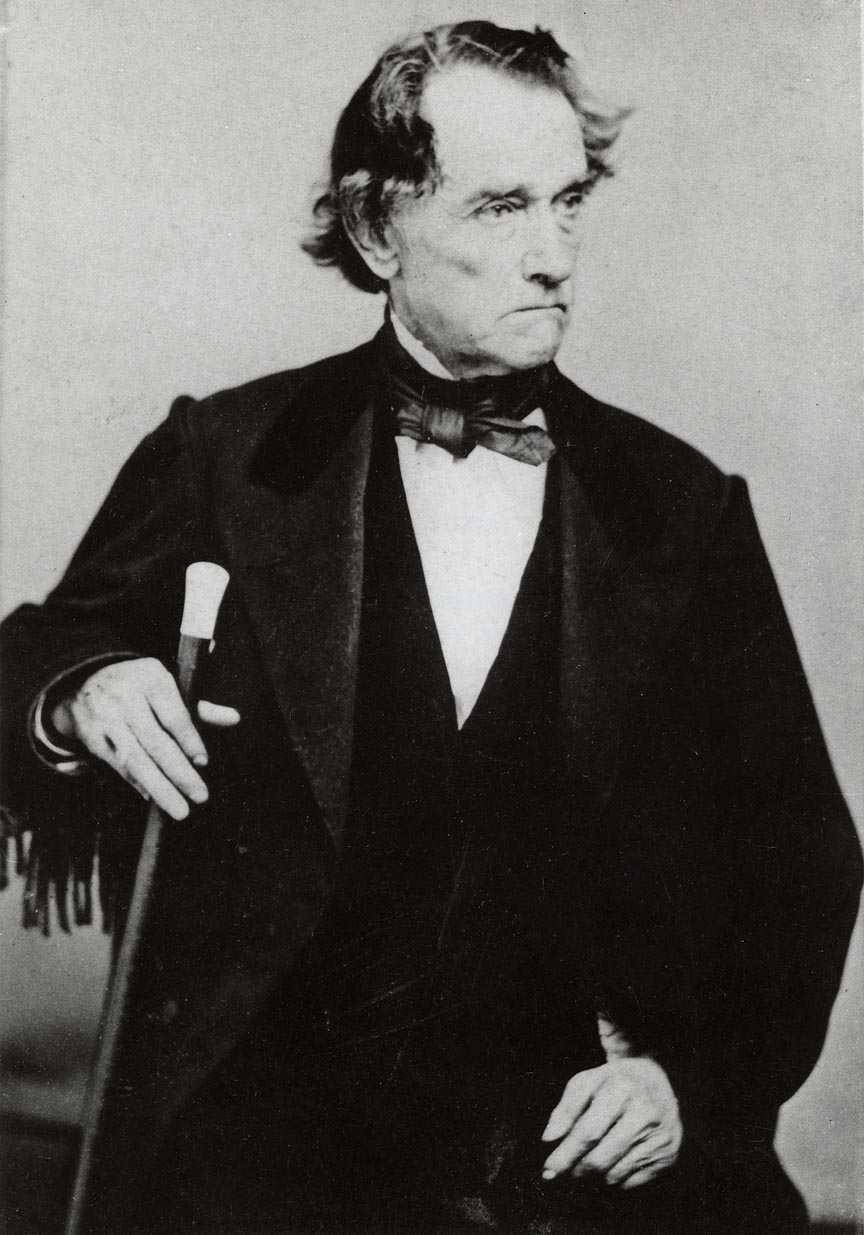 When Thomas Jefferson Dryer arrived in Portland in November 1850, the Oregon Spectator described him as “sharp as a steel trap.” For the next ten years, Dryer edited and published the Weekly Oregonian and became one of Portland’s leading political figures.

Dryer was born in 1808 in northern New York. He immigrated to California and became the city editor of the San Francisco Courier. In 1850, when Portland merchants W.W. Chapman and Stephen Coffin sought a newspaper publisher to promote Portland, their search led them to California, where they found Dryer. Dryer agreed to publish the paper and prepared to ship his printing press to Portland.

Dryer and his supporters planned to publish a Whig paper. In 1850 the Oregon territory was heavily Democratic. This political climate caused them some difficulty right from the start. Dryer shipped his press on the Keoka, which was owned by a prominent Democrat from the rival town of Milwaukie. After several weeks Dryer chartered a boat and traveled down the Columbia in search of his press. He found the Keoka anchored 50 miles from Portland with his press on board. When he got the press back to Portland and published the first issue of the Oregonian on December 4, 1850, he ridiculed the Keoka and her owners in a long editorial.

Dryer became known for his outspoken editorials and reporting. His feud with Asahel Bush, editor of the Democratic Oregon Statesman, famously took place on the pages of the two papers and often became so biting and vicious that it was mockingly dubbed the "Oregon style" of political journalism. Dryer called Bush "Ass-o-hell" and Bush sniped back with "Sewer Man" Dryer as they debated such heady matters as Oregon statehood and slavery.

Dryer's political interests led him to the Territorial Legislature in 1856 and he served at the Oregon Constitutional Convention. He was a member of the prestigious Trinity Episcopal Church and he was a Mason. He also organized Portland’s bucket brigade, which served as the city’s only fire protection until 1853. He was an avid mountain climber and ascended both Mt. St. Helens and Mt. Hood in the 1850s.

A colorful character, Dryer reportedly challenged Portland merchant Daniel Lownsdale to a duel with rifles after Lownsdale failed to pay an advertising debt. Both were heavy drinkers and probably inebriated at the time. In fact, they were later suspended from their Masonic lodges for drinking.

The Oregonian had become a Republican paper by the election of 1860 (the Republican Party's first convention was held in 1856--around the same time the Whig Party was drawing its last breath). After helping Abraham Lincoln win Oregon in the 1860 election, Dryer was made head of the American mission to the Sandwich Islands (now Hawaii). Before assuming his post, he passed on the Oregonian to his young assistant, Henry Pittock, in exchange for back wages and other debts. Dryer eventually returned to Portland, where he lived to see the Oregonian thrive.

This busy corner at Southwest Sixth and Alder shows the mixed modes of transportation common in 1912 when the photo was taken.  Bicycles remained popular almost thirty years after their introduction in Portland and cars and horse-drawn carriages continued to vie for the right of way since common sense was …