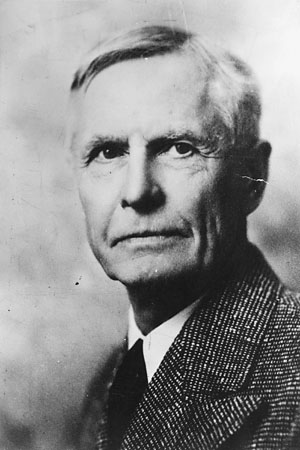 At the beginning of the twentieth century, Oregon was known for its experiments with democratic reform. The state developed a system of government that came to be known as the “Oregon System.” It included the initiative (vote on a ballot measure proposed by a citizen), referendum (vote on a measure referred to the electorate by the legislature), recall of elected officials (vote to remove a previously elected official from office), direct primaries (selection of candidates by party-wide vote, rather than selection by party hierarchy), and the direct election of United States senators (election of senators by the electorate, as opposed to election by state legislatures, as was the case in many states before 1913). William U'Ren, an Oregon lawyer and chief advocate of many of these reforms, was known as the father of “the Oregon System” of government.

U'Ren was born in Wisconsin in 1859. As a child he lived in Wyoming, Nebraska, and Colorado. In Denver he studied law and was admitted to the bar at age 22 in 1881. Told in the late 1880s that he would likely soon die of tuberculosis, U'Ren traveled to Hawaii to live out his days as a foreman on a sugarcane plantation. But he recovered from the disease and traveled to California and then to Oregon in 1889. He lived and worked on a farm in Eastern Oregon before moving to the Willamette Valley and joining an Oregon City law firm that same year. He and Mary Beharrell married in 1901.

Soon after arriving in Oregon, U'Ren became active in progressive politics. Through his friendship with the Lewelling brothers, he joined the Farmers' Alliance and Industrial Union. Before coming to Oregon, U'Ren supported Henry George's proposal that government be funded by a single tax on the appreciation of property value. U'Ren knew the tax idea was controversial and believed that entrenched political interests would prevent its passage. He set out to eradicate the influence of special interests by promoting a series of political reforms. U'Ren campaigned for the secret ballot (until the end of the nineteenth century, individual voters' choices were public information in Oregon, as well as many other states) until it was approved in 1891.

In 1897 U'Ren was elected to the state legislature as a candidate from the People's Party. The 1897 legislature was split three ways between Democrats, Republicans, and the People's Party. Neither the Republicans nor the Democrats could muster enough votes to organize the legislature. U'Ren withheld his party's votes, perpetuating the impasse. The ensuing controversy, dubbed the "hold-up legislature," brought attention to the legislative process and U'Ren's proposed reforms. Through political compromise, he exploited his key position and pushed through a constitutional amendment providing for the initiative and referendum. Voters approved the amendment in 1902 by a vote of 62,024 to 5,668. In subsequent years, voters used the initiative and referendum to enact more reforms. Direct primaries won approval in 1904. In 1908, the same year they turned down the single tax proposal, voters approved the direct election of senators, the authority to recall elected officials, and the corrupt practices act.