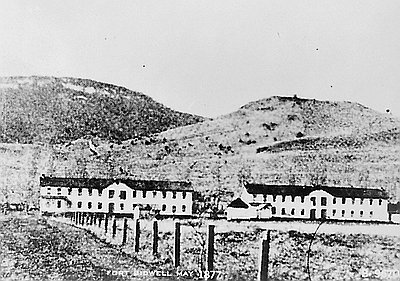 The presence of white settlers in these areas precipitated the wars between the U.S. Army and Native warriors, particularly in the Modoc War of 1872-1873.  The Modoc War erupted after white settlers squatted on Modoc lands, while many Modoc Tribesmen, led by Captain Jack, had refused to abandon their land for the Klamath Reservation.  In November 1872, U.S. Army troops, including those from Fort Bidwell, rode to a main Modoc camp to forcibly remove its inhabitants, igniting the Modoc War.  News of violence swept across the country and especially spread quickly along the emigrant trails.

In 1890, Fort Bidwell was transferred to the Department of Interior and became headquarters for the Fort Bidwell Indian Reservation.