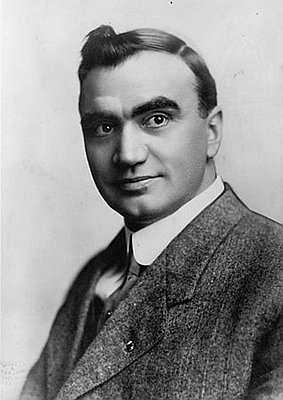 Born in The Dalles, Oregon, in 1868, Baker spent his formative years moving around the American West. He dropped out of school at the age of nine and worked odd jobs in the theater. In 1889, he moved to Portland and managed several live theaters until he formed the Baker Stock Company and purchased his own theater in 1901, which he named the Baker Theater.

In 1898, Baker began a second career in politics and was elected mayor just seven weeks after the United States' entry into World War I. Baker supported the war effort by pushing Portlanders to purchase bonds and collect recycling. He promoted the construction of the Burnside, Ross Island, and Sellwood bridges in the mid-1920s, widened streets, built a harbor wall, and improved the water and sewer systems. Baker also used the police force to physically confront members of the International Workers of the World, labeling them subversive for opposing he war. His tenure was marred by political scandal, including bribery and corruption. The Ku Klux Klan supported his elections, and he was subject to recall efforts in 1930 and 1932. He retired in 1933.

Affectionately known as “Our George” and the "kissing mayor" (for his over-familiarity with women) by residents of the city, his popularity can be attributed to his lively personality and good humor, which he put on display for the public as often as possible. Baker died on May 16, 1941, and his body laid in state in Portland 's council chambers on the day of his funeral.