This letter was written by Oregon settler Zacheas Van Ornum. It is undated, but it was probably written to Van Ornum’s lawyer in the 1890s or early 1900s.

Zacheas Van Ornum was born in Ellery, New York, in April 1828. He probably emigrated to Oregon in the early 1850s. He was a veteran of the Rogue River War of 1855-1856, serving with the Second Regiment of Oregon Mounted Volunteers.

As described in this letter, Van Ornum’s brother Alexis was killed in the 1860 Utter-Van Ornum Massacre, the worst massacre of emigrants by Indians in the history of the American West. The Van Ornum family managed to escape the initial slaughter only to be killed a month later in the vicinity of present-day Huntington as they tried to make their way to a white settlement. Four of the Van Ornum children, three girls and a boy, were taken prisoner by the Indians, most likely a mixed group of Shoshone and Bannock.

The fate of the Van Ornum children was unknown for two years after the massacre. The start of the Civil War in April 1861 prevented the U.S. Army from launching a rescue mission, but the children’s uncle, Zacheas, conducted his own search. As noted in the document reproduced above, he spent two years and over $5,000 in an effort to locate his nieces and nephew.

Solid information about the fate of the children surfaced in the summer of 1862, when a settler unsuccessfully attempted to rescue two of the children in Utah’s Cache Valley. Van Ornum quickly followed up on this information, enlisting the support of the Second Cavalry California Volunteers. After a brief skirmish between the volunteers and a mixed band of Shoshone and Bannock in December 1862, the leader of the Indian group, Chief Bear Hunter, surrendered and agreed to give up Reuben Van Ornum, the only one of the Van Ornum children still alive.

Zacheas and Reuben stayed in Utah for some time afterwards, serving as scouts for the volunteers in several expeditions against the Shoshone, including the infamous 1863 Bear River Massacre, in which the California volunteers killed approximately 300 Shoshone men, women, and children, one of the worst massacres of Indians in American history.

Zacheas Van Ornum eventually moved to Douglas County, Oregon, where he lived for fourteen years before moving to California. It is not known if Reuben accompanied him to Oregon or if he was sent back to Wisconsin. 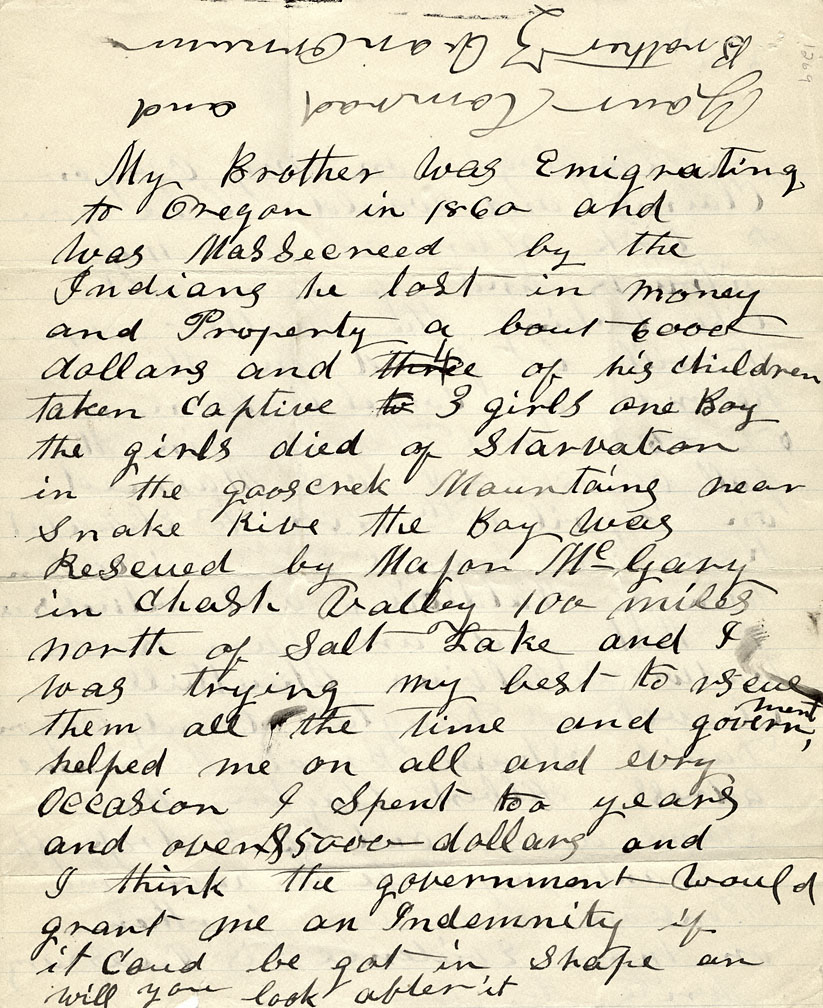