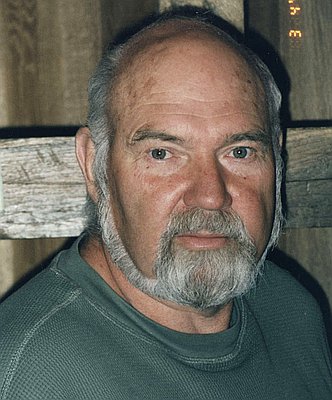 When Richard “Dick” Charles Erath made his first barrel of wine in his Walnut Creek, California, backyard in 1965, it was a hobby. A few years later, he was planting the first grape vines in what would later become the Erath Winery in Dundee, Oregon. Erath was among the contingent of U.C. Davis-educated Californians who flocked to Oregon in the late 1960s and 1970s to create a new cradle of American vineyards. By 2006, Erath  had expanded into seven vineyards and a winery that produced and distributed over 70,000 cases a year. In 2006, Erath sold most of his holdings to Ste. Michelle Wine Estates.

Enterprising farmers in Oregon were planting grapes for wine as early as the 1840s, but dedicated vineyards were rare until the 1960s, when a handful of vintners left California for cooler climates to the north. The Pacific Northwest provides ideal conditions for growing grapes of all kinds—the result of cataclysmic events up to 15,000 years ago, when a series of massive floods from a melting glacier swept through eastern Washington and through the Columbia River Gorge. The Missoula Floods, at times a 400-foot wall of water, picked up Washington’s topsoil and delivered it to the Willamette Basin, creating some of the richest and most diverse farming land in the West. It is this diversity that makes for good terroir (environment for growing wine) for vintners, who can plant grapes at varying elevations in “stressed” soil, with particular amounts of rain and sun. By the 1970s, Oregon’s superior terroir was no longer a secret, and for the next several decades, vintners from around the world created a thriving industry supporting over 400 wineries.

This oral history with Dick Erath was conducted by Clark Hansen from March 4-12, 1999, at the Erath Winery in Dundee, Oregon. The interview was conducted as part of the Oregon Wine Archives Oral History Project, which collected interviews with notable figures in the wine growing industry, including vintners, vineyard growers, community members, and workers active in the development of Oregon’s wine industry.

In Erath’s interview, he describes the development of Oregon’s wine industry and his role in it. When he began producing Pinot Noir in Oregon in the early 1970s, he struggled to distribute his wares. At that time, there was little to no local market for Oregon wine, and most stores carried only fruit and berry wines. But over the course of the 1970s, more and more winemakers came to Oregon, producing more and more wines, with several Oregon winemakers winning international winetasting competitions.

Among the many topics covered in the nearly six-hour interview, Erath discusses his early years as a winemaker, his grape-growing experiments, and his early successes and failures. He talks about ideal grape-growing conditions, the variables that determine wine flavor, and public perceptions of Oregon wines and how they have changed. He talks about the Winegrowers Council of Oregon, the Oregon Winegrowers Association, and the Wine Advisory Board and describes Oregon wine labeling laws, as well as other regulations for wineries, such as land zoning. He tells the history of his winery, Erath Vineyards, in the context of the growing wine industry in Oregon and the pressures of international competition.

Burns, Scott. “Terroir: The Importance of Soils in Terroir and the Terroir of the Willamette Valley” (video), 2016.

This 1989 brochure advertises one of Oregon's oldest and most successful wineries, Knudsen Erath. Dick Erath established the winery in 1968, and in 1975 he was joined by Calvert Knudsen, who stayed with the business for about twelve years. The winery, located in Dundee in Yamhill County, is one of …