Hermina Strmiska, welder: “I guess they needed us, so they put up with us.” 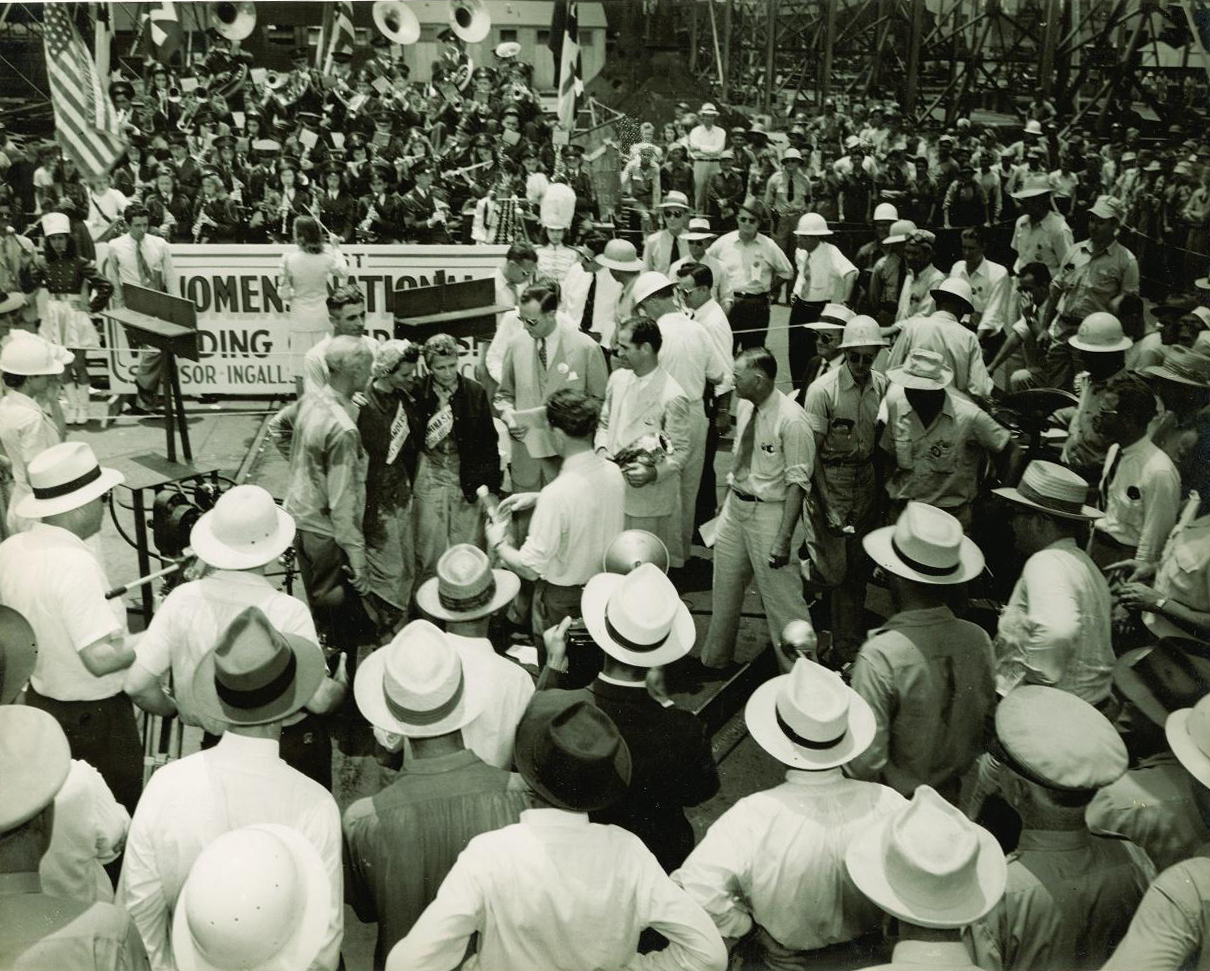 Most of the women who worked in shipyards during World War II were taking on jobs that had been held by men. That shift in labor felt to many people like a threat to traditional gender roles. Employers, who needed women workers but did not want to create cultural and social upheaval, worked very hard to reassure people that women were keeping their femininity intact despite the "masculine" work they were doing. One of the marketing methods wartime employers used was to publish beauty shots, like these taken of Billie Strmiska in her welding uniform. It was not uncommon to see women with a welding tool in one hand and a tube of lipstick in the other in photographs distributed to employees and the public by shipyard companies.

The welding competition for women held in Mississippi—judged by the inspectors from the Maritime Commission, the Bureau of Ships, and the U.S. Navy—was elaborately covered by the news and entertainment media, including Movietone News, the Associated Press, and Life Magazine. Billie came in second, winning a trip to Washington, D.C., along with first-place winner Vera Anderson. The national event was recognized by Eleanor Roosevelt in her Washington Daily News column “My Day” soon after she met with the women: “This is a new occupation for women, and that is why this competition was staged, I imagine. They probably need more women welders and so this should spur the ladies on.” 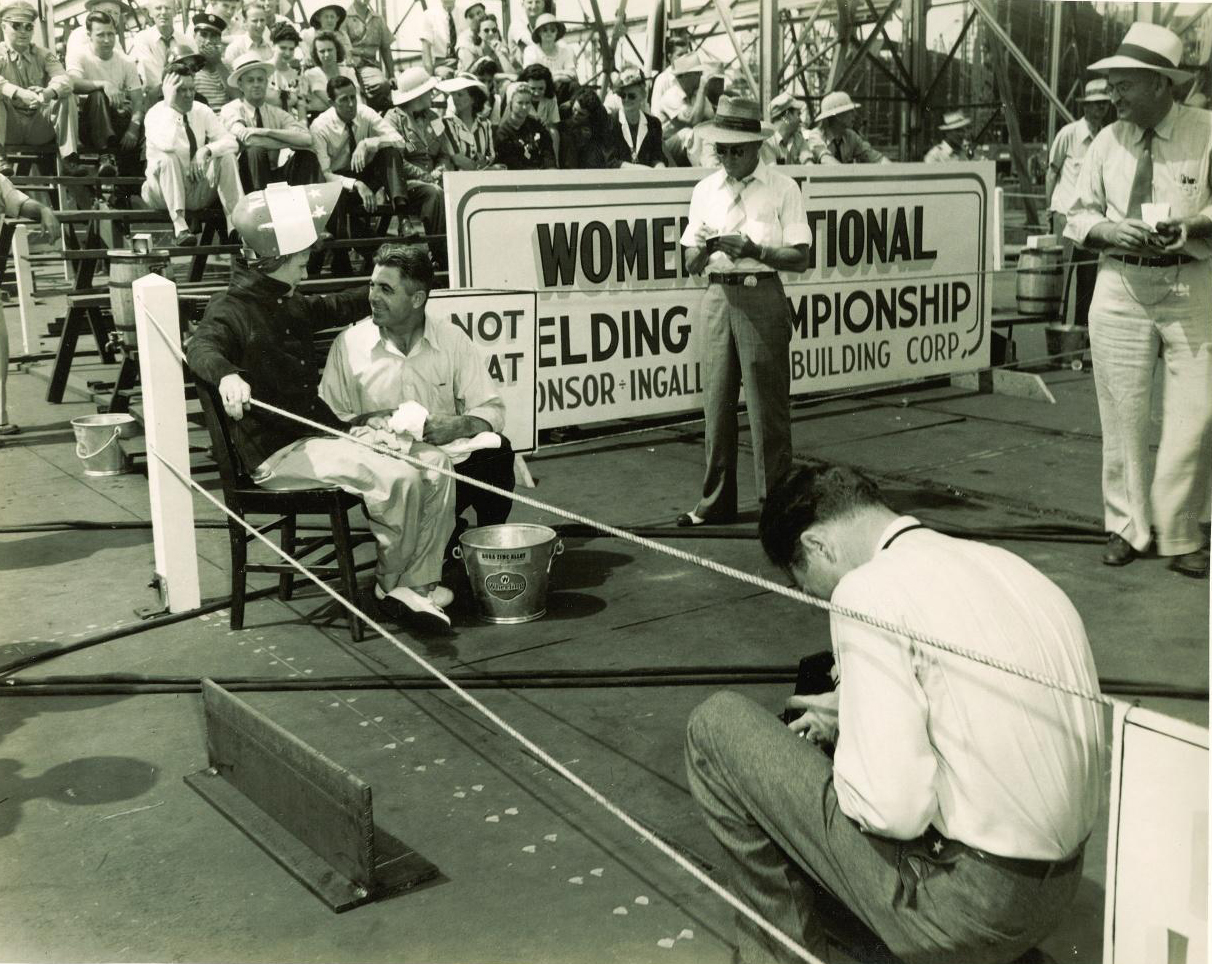