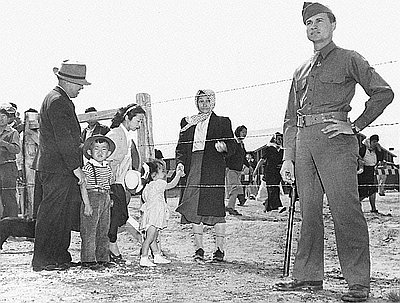 After Japan attacked Pearl Harbor on December 7, 1941, the U.S. government declared that immigrant Japanese—Issei—were “enemy aliens” and many Issei men were detained by the FBI. On February 19, 1942, President Franklin D. Roosevelt issued Executive Order 9066, authorizing the U.S. Army to remove Issei and American-born Japanese who were citizens—called Nisei—from the West Coast.

The order devastated Oregon’s Japanese community, as people were forced to sell their property at below-market prices and to abandon their businesses. The army first took internees to assembly centers, where they lived for months before being transported to permanent camps.

Portland lost thousands of potential workers in the spring of 1942, when its residents of Japanese descent, were forcibly removed and incarcerated. During the war, 120,000 U.S. residents of Japanese ancestry were moved from the West Coast to concentration camps. The Oregonian argued cautiously in December 1941 that individual Japanese …