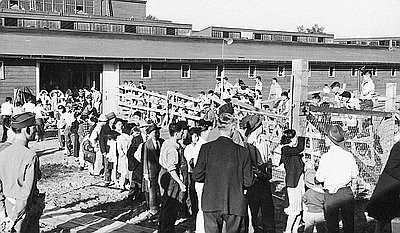 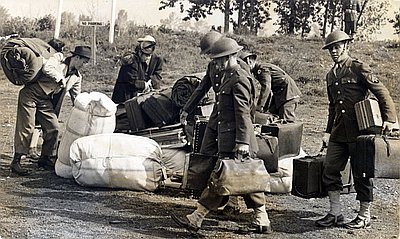 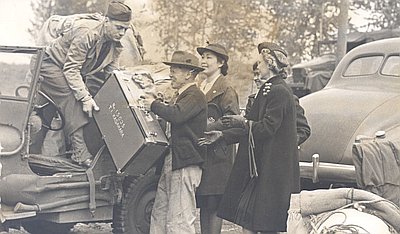 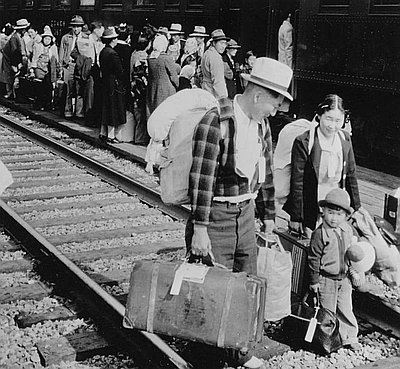 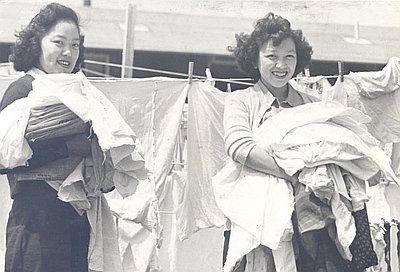 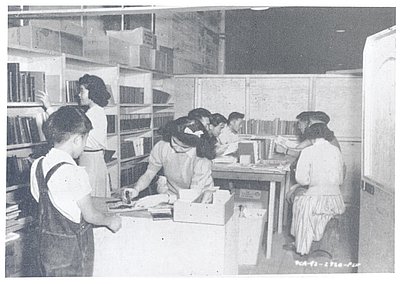 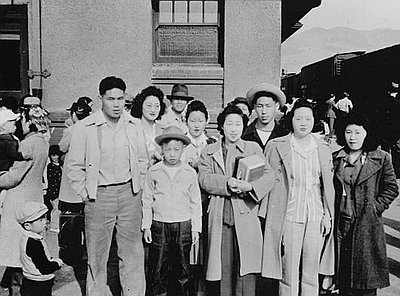 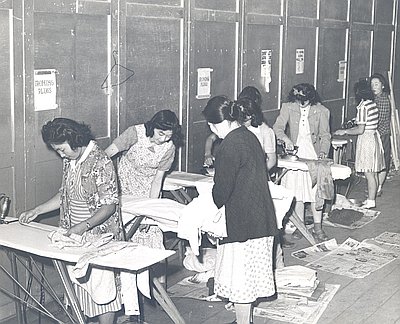 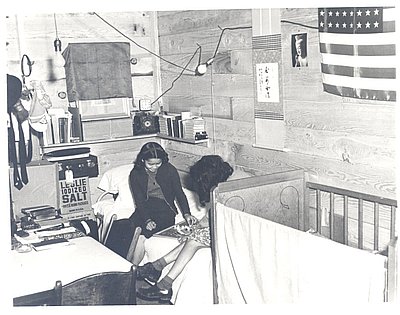 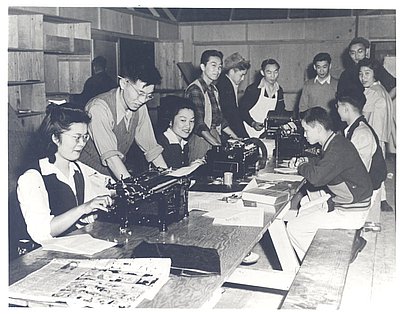 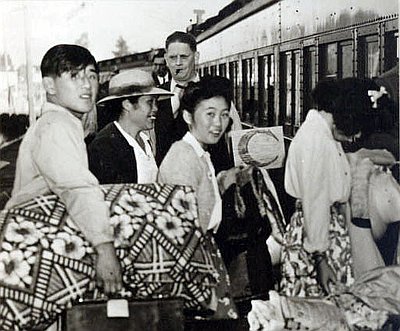 In May 1942, Portland-area Japanese and Japanese Americans—both Issei (first generation) and Nisei (second generation) —were evacuated to hastily constructed temporary living quarters in the Pacific International Livestock Exposition building in north Portland, renamed the North Portland Assembly Center. The building was partitioned into tiny apartments using thin plywood sheets, and each family was assigned a room with a common toilet and little privacy. In this image, residents are shown leaving the cramped Assembly Center with their few belongings to be sent by train to a prison camps. Most prisoners from Portland were sent to the Minidoka Relocation Center in Idaho, while others were sent to the Tule Lake Relocation Center south of Klamath Falls in Northern California or the Heart Mountain Relocation Center north of Cody, Wyoming.

Only months before these photographs were taken, on February 19, 1942, President Franklin D. Roosevelt had issued Executive Order 9066, which gave the U.S. Army the power to exclude any person from designated military zones, including on the West Coast, to preserve national safety. Of the 110,000 Japanese Americans incarcerated under the law, over 4,000 were from Oregon.

In most of these images, people are smiling and well-dressed, busy at their work or studies. The majority of these scenes were staged by photographers hired by the government to demonstrate how pleasant and safe the Assembly Center was, ignoring the reality that entire families had been forced from their homes and businesses and incarcerated in barely habitable livestock buildings. People managed to create a semblance of community and normalcy, which is also apparent in these images. The government used these staged photographs in an attempt to downplay the massive civil rights violations they were imposing on American citizens and residents.

After two failed legal challenges to Executive Order 9066 and two and a half years after signing the order, the U.S. Supreme Court forced President Roosevelt to rescind it. By the time the last camp was closed at the end of 1945, many returning Japanese and Japanese Americans had lost the land, businesses, and homes they had once owned. In 1968, two decades after the last prison camp closed, the U.S. government began paying reparations to Japanese Americans for the property they had lost. In 1983, a Commission appointed by President Jimmy Carter determined that the relocations and imprisonment were unjustified and recommended that Congress apologize and give a tax-free payment of $20,000 to surviving prisoners. The payments were authorized in 1987 when President Ronald Reagan signed the Civil Rights Act of 1988. The first check was disbursed to a survivor in 1990.