For eight years, the embankment had kept the Columbia River out of the newly developed 648-acre complex named Vanport (Vancouver + Portland), then the largest public housing project in the United States. Meant to be temporary, Vanport was shipbuilding magnate Henry Kaiser's answer to a lack of housing in the early days of World War II, when he was recruiting men and women from across the United States to work in his Portland-area shipyards. At the height of the war in 1944, over 40,000 people lived in Vanport, including up to 10,000 African Americans, over three times as many as had lived in all of Portland two years before.

Kaiser had just erected the first of his shipyards on the Willamette River when America entered the war in 1941. As America's involvement in the war escalated, and the demand for ships grew, he added two more shipyards in the Portland area, but he could not find enough local workers to fill them. He decided to recruit across the country, offering high wages and free transportation. Before his recruitment campaign was a year old, nearly 100,000 workers had flocked to the shipyards. The rapidly growing population in the Portland and Vancouver area led to a serious housing shortage, which was especially difficult for incoming black workers and their families, who encountered a dominantly white city reluctant to welcome them.

When Kaiser began recruiting workers, he hoped Portland would build temporary public housing to accommodate them, as other cities across the country had done when they became war industry centers. But the real estate industry balked at having public housing compete with private interests, and the newly created Housing Authority of Portland was slow to respond. At the same time, the private housing market was too limited to handle the influx, and real estate practices, written into the real estate industry's Code of Ethics, restricted African Americans from living in most parts of the city.

Kaiser's son Edgar responded by purchasing a floodplain outside the city's limits (and its authority) and, with federal funds and cheap material, built what became the second-largest city in Oregon. During its short life, Vanport would be called everything from a "Miracle City" to a "Masterpiece of Urban Planning" to the "Northwest's unique sociological experiment" to the "Negro project."

Life in Vanport was busy. With over 40,000 people pressed together in thin-walled buildings, some working days and others nights, noise was constant. Because both mothers and fathers worked, adequate childcare was a necessity. The town's location along the Columbia floodplain, combined with the wet Northwest weather, often left residents slogging through mud. For many, though, it was a dynamic and diverse community that soon felt like home.

Portland had long had a reputation as what one national black leader called "the most prejudiced [city] in the west," a place where the small African American population had been economically and culturally discriminated against. As a result, only 2,000 blacks lived in the city in the years before the war. In the rest of Oregon, the black population was very small. This was due in part to Oregon's state constitution, which had once prohibited blacks from residing in the state, and to the activities of the Ku Klux Klan, which in the 1920s had up to 35,000 Oregon members at its height.

Because Kaiser did not limit his workforce to white men, Vanport was open to all, creating at the time the most racially diverse city in Oregon. Discrimination did not end — blacks were unofficially segregated into the least desirable units and unjustly blamed for creating a climate of crime — but for the most part the residents lived in peace. The Vanport schools were integrated, as were childcare and recreational facilities, and African Americans were able to form several groups that helped them protect and expand their rights.

When the war was over and the shipyard jobs ended, many blacks stayed in Vanport, making Oregon their home, despite calls by civic leaders for them to leave. In 1948, when the Columbia River flooded the city, it was completely destroyed beyond repair. Nearly a third of the 18,500 people left homeless were African American. How would Portland respond?

The city launched a massive campaign to care for the thousands of displaced flood victims, coordinating with the Red Cross and local organizations to feed and house everyone. Although many white residents assumed blacks would now leave the area, many others welcomed them into their homes, giving them temporary shelter. The black community rallied around the flood victims and began an organized campaign to persuade Portland's political, economic, and cultural institutions to address racism in housing and employment.

Discrimination in Portland was deeply entrenched. The state legislature did not pass the Oregon’s Civil Rights Bill, which prohibited discrimination in public places, until 1950, and the real estate industry still delayed revising its Code of Ethics to remove racist practices for several more years.  In 1960, the legacy of housing discrimination was still evident—nearly four out of every five black Portlanders lived in Albina, a historically black neighborhood. As a result, Portland's schools were in many ways as segregated as Alabama's.

It would take court rulings, changes in federal laws, and shifts in social attitudes shepherded by the Civil Rights Movement to make Oregon a more just place for non-whites. But the Vanport flood in 1948 had unexpectedly forced Portland’s white residents to reckon with their racist housing practices when thousands of black Oregonians lost their homes in a few short hours on a spring day and asked Portland to open its doors to help. 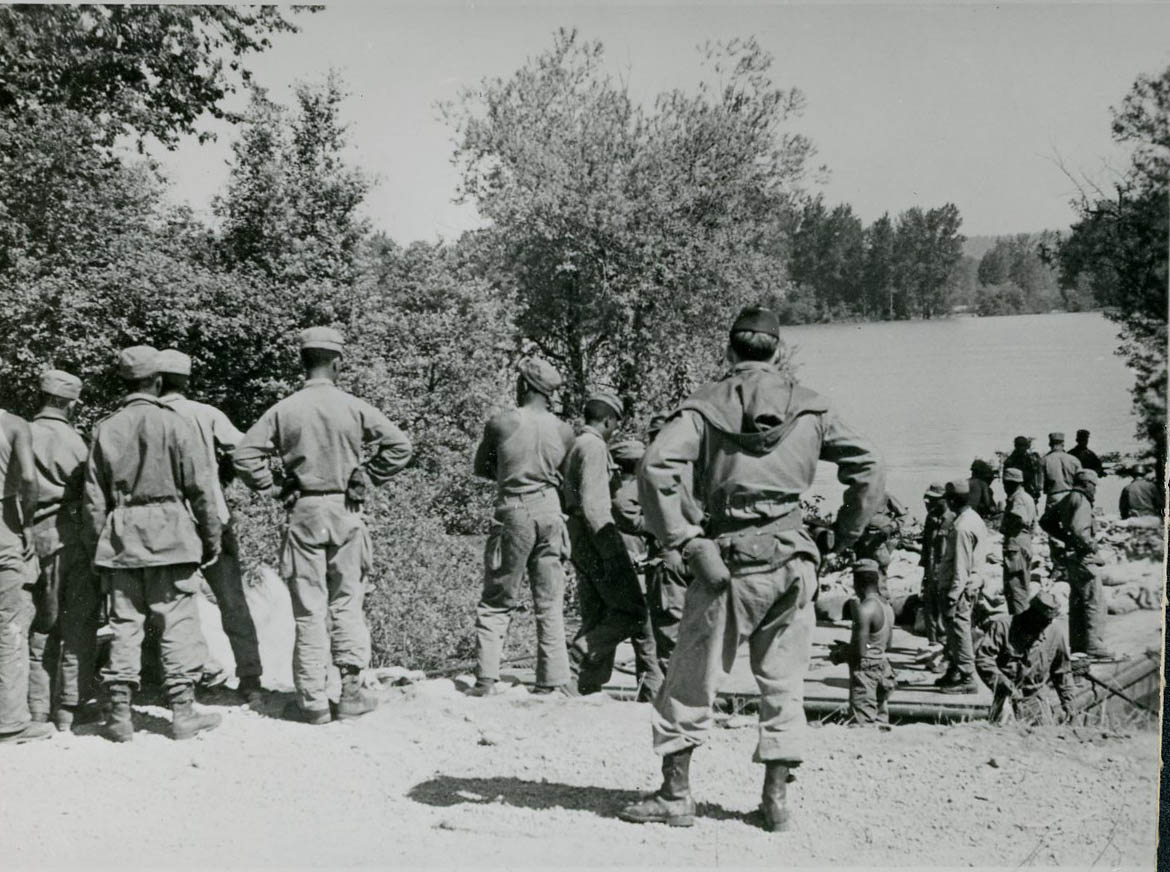