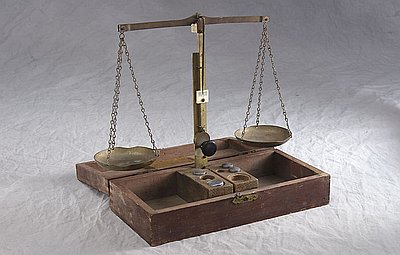 There is some disagreement among historians as to exactly when and where gold was first discovered in southwestern Oregon, although many credit James Cluggage and Jim Poole, a pair of packers who in late 1851 or early 1852 noticed the glint of gold in a tributary of Jackson Creek. By March 1852, the Yreka Alta California reported that “large numbers of miners” had already arrived in the Rogue Valley to start digging.

People came from all over the world to work the mines of southwestern Oregon, which included not only those in the Rogue Valley and surrounding foothills, but also the gold-rich black sands of the South Coast. Chinese miners arrived in large numbers, joining native-born white and black Americans, European immigrants, and Kanakas (Native Hawaiians), as well as the indigenous population of the region.

As might be expected, relations between these diverse peoples were not always harmonious. Conflicts between whites and Indians were especially acrimonious and ended only when the latter were forcibly removed from their ancient homeland after a short but brutal war in the middle part of the decade.

The scales shown here came from the Gold Hill area and date from the 1860s. Quartz deposits were discovered in the vicinity of Gold Hill in 1859. Within a year, they had yielded almost $400,000. Unlike most mines in the region, Gold Hill operations were lode mines, meaning that underground shafts were sunk into the earth to follow veins of gold intermixed with quartz deposits. Other operations in the region mined placer deposits, unconsolidated sand, gravel, and valuable minerals that were exploited by panning or hydraulic mining.

Although the economy of southwestern Oregon shifted to agriculture and timber production during the last decades of the nineteenth century, mining remained an important industry well into the twentieth century.

This sketch was published in Harper’s Monthly Magazine in October 1856. It shows gold miners working black sands near Randolph, a short-lived mining town located north of the mouth of the Coquille River.