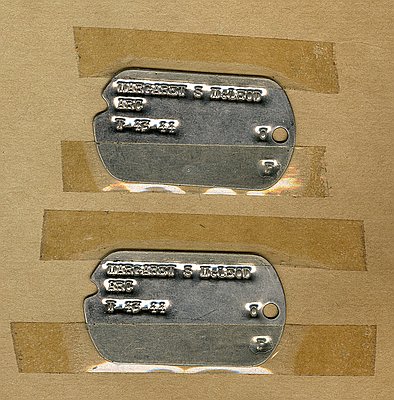 Three million women had volunteered for the American Red Cross by the end of World War II, serving in various medical and support capacities throughout the world. The Red Cross was active in Oregon, and many women joined to help with the civil defense effort and to help medical facilities compensate for staffing shortages.

Some women chose to leave home and serve overseas, including seven thousand Red Cross women who traveled to Europe, North Africa, and the Mediterranean to staff recreation clubs and clubmobiles—mobile comfort stations that followed military units providing hot coffee and doughnuts. The clubs held dances, provided music, entertainment, and company, and served food and drink. The club women had to be college-educated, over twenty-five, and willing to commit to a rigorous training schedule before they were admitted to the program. Margaret McLeod from The Dalles, Oregon, joined the Red Cross clubmobile service in 1943, eventually working her way up to club manager.

McLeod was born in Kingsley, Oregon, raised in The Dalles, and graduated from Oregon Agricultural College (OSU). She documented her experience in the Red Cross in letters, photos, and scrapbooks, all of which are now part of the Oregon Historical Society’s Research Library archives. After serving briefly on a clubmobile—a job she found strenuous—she spent the rest of the war helping to establish and run clubs in Germany and England. She wrote often to her family back in Oregon, and saved letters from her fellow Red Cross volunteers. One letter from her friend Sam is particularly descriptive of the experiences women were having during the war:

“This is a much different life than I have ever lead [sic] for the Red Cross and sometimes it scares me to sit and think about it. Most of the work […] with the division has been around the treatment stations where the casualties come in and we talk with them, pass out cigs, candy, gum, and other comfort articles they may need. […] Since being over here I see what war is all about and it is plain hell. Terrific shellings, cities left ruined, bursts of terrific guns that can set you on your heels, air fights that are for keeps, heavy ack ack, dead men, wounded men, men fed up with things just out of the lines and others more determined to kill, German prisoners, young and old but none too old, many in the early twenties, reactions of the free French and resentment of ours about liberation, wrecked implents [sic] of war on both sides, countrysides that have many memorial thoughts along them and in general a hell of a lot to think about.” (Letter to Maggie from Sam, July 19, 1944.)

McLeod collected many mementos from her time in Europe, including uniform patches given to her by the soldiers she met at the clubs and two German passports belonging to Nazi soldiers—presumably collected by American servicemen and given to Margaret. She saved all those artifacts in her scrapbooks, which she compiled and saved during her post-war life in San Francisco as a social worker. McLeod eventually returned to Oregon and settled in Milwaukie, where she died in 1989.

This photograph, likely taken in May 1952 during the third annual Armed Forces Day parade in Portland, depicts a Buick convertible decorated to commemorate the 10th anniversary of women's service in the armed forces. Flags on the corners of the parade float represented components of the Navy, Marines, Army, and …

This letter was sent to Margaret McLeod by American Red Cross Chairman Basil O'Connor in recognition of McLeod's service during World War II. McLeod was one of hundreds of Red Cross volunteers, many of them women, who provided services to American military personnel in Europe. McLeod saved this letter and …