A Land and Its People

Southwestern Oregon stretches from the high Cascades west to the Pacific Ocean, and from the California state line north to the Coquille River. Two principal mountain ranges mark the region: the relatively young volcanic Cascades to the east and the older Klamath Mountains that extend over most of the rest of the region and south into California. Conifer species—firs, cedars, and pines—make up most of the region’s forests, with the exception of riparian woodlands, where alder, ash, and maple predominate. The drier south-facing slopes in the interior valleys support oak woodlands, grass savannas, and mixed evergreen and conifer trees like Pacific madrone, canyon live oak, and ponderosa pine.

Always dynamic, southwestern Oregon’s climate continues to change. During the Holocene (10,000 years ago), temperature and precipitation shifts affected the type and extent of vegetation, stream and river flows, fish and animal populations, and human access to higher elevations. In general, temperatures that rose at the beginning of the Holocene made the climate warmer and drier than it is today. Modern climate patterns and vegetation have prevailed for only a few thousand years. The present-day climate in southwestern Oregon, although subject to cyclical fluctuations, consists of mild, wet winters and hot, dry summers, making year-round settlement possible throughout most of the area.

The Rogue River, the region’s largest stream, rises in the Cascades not far from Crater Lake and flows westward to the Pacific Ocean. The valleys of the Rogue and its principal tributaries—Bear Creek and the Applegate and Illinois rivers—have sustained human populations for thousands of years.

Black-tail deer, black bear, elk, cougar, and many smaller mammals live in southwestern Oregon. Ospreys and bald eagles nest in the region, as do blue heron, woodpeckers, grouse, and quail. Salmon and marine fishes, dependable sources of protein for prehistoric inhabitants as well as a focus of the twentieth-century tourist industry, have long supported human life.

Separated from each other by the deep canyons and swift rivers of the rugged Klamath-Siskiyou Mountains, residents of southwestern Oregon have long clustered in the interior valleys and on the coastline. That physical separation has influenced the region’s economic and cultural character for centuries, determining Native peoples’ trade patterns and ways of life and shaping political and industrial development after Euro-American settlement. Until the railroad’s arrival in the late nineteenth century, farmers, millers, and loggers usually sold their products close to home. Residents depended on packers and freight drivers to transport goods into southwest Oregon and endured long trips by stage over rough roads whenever they visited distant places. The railroad made travel much more convenient, allowing local manufacturers to ship their products out of the region in large quantities and enabling residents to import equipment and materials. In recent decades, improved roads and highways further linked towns to each other and the larger world. Despite these conveniences, long-existing isolation from each other and from the larger world had lasting effects on the region—among them, the establishment of communities in which residents count on self-sufficiency and an inclination for one generation to emulate the economic and social example of their forebears.

People have long obtained their livelihoods from the southwestern Oregon landscape, but there is a striking contrast in the ways Indians and Euro-Americans related to the land. Native peoples managed resources for a subsistence way of life, while Euro-Americans extracted wealth from the landscape through mining, logging, and agriculture in ever-increasing amounts and locations.

In the post-World War II years, intensive logging pushed high into the mountains, while landowners in the valleys subdivided farms into residential developments. With the development of new highways, people traveled conveniently between communities, often living in one place and working in another. Rapid population growth and debate over sprawl made land-use planning and environmental issues increasingly complex. Debate continues, as developers and prosperous retirees build homes on forest and agricultural lands while conservation-minded citizens protest policies that promote subdividing resource lands for housing.

The timber industry’s decline since the 1980s has profoundly affected southwestern Oregon’s economy. With well over half the lands in the region in federal ownership, the dramatic reduction in payments for timber from federal lands has decimated county budgets. Increasingly, many residents view the area’s natural and cultural amenities as potential economic resources. Tourism—advanced through the arts, agriculture, and recreation—now figures importantly in the regional economy and character.

Today, the region tentatively balances its historical autonomy with increasingly important financial ties to the larger world, ties reinforced by the steady influx of new residents and tourists into the area. In the dynamic unfolding of the region’s history, southwestern Oregonians who want to maintain life in the way they believe it “always has been” contend with those who seek new ways of living with the land. This dialogue, as often confrontational as it is informative, makes these critical—and interesting—times. 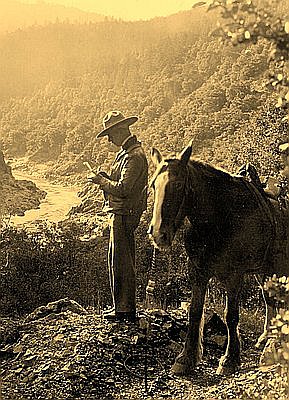 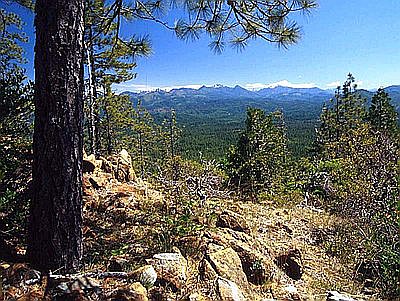 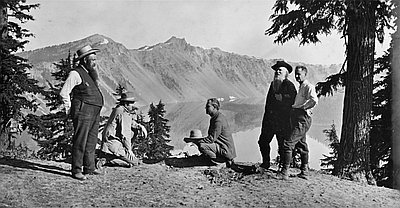 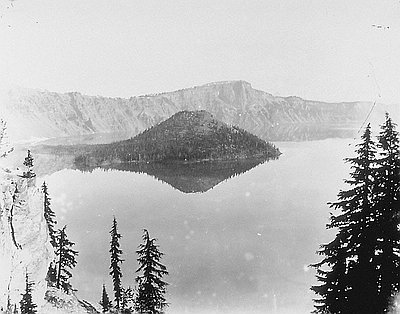