Few feared danger from the winds that sweep across the planet from Japan to North America. Yet the Jetstream, flowing eastward in a double arc at speeds reaching 300 miles per hour, carried a weapon that took the only lives lost due to enemy action on the continental United States during the war.

On Saturday morning, May 5, 1945, Archie Mitchell, the pastor of the Christian and Missionary Alliance Church in Bly, Oregon, drove his wife Elsye and five children who attended his Sunday school on a fishing trip near Gearhart Mountain. Elyse, five months pregnant and feeling carsick, got out with the children to walk down to Leonard Creek while Archie parked up the road. “Look what we found, dear,” she called out. Then there was a terrible explosion.

A fragmentation bomb, carried across the ocean in a paper balloon filled with hydrogen, blasted Elyse and the children into the air, killing them all. A second explosion startled the pastor as he rushed to the scene. He burnt his hands trying to stop fire from consuming his mangled wife’s clothes, but it was hopeless: she died from her wounds.

When the military arrived, they found four incendiary bombs, delivered by the same balloon, and deactivated them. The FBI and the military already knew about the airborne bombs, but they kept this information from the general public, informing only school principals, police, clergy, and other authorities. The coroner listed the cause of death as “an explosion from an undetermined source.”

Of the thousands of balloon bombs the Japanese launched into the river of air, only several hundred have been found. After the war, Sakyo Adachi, the Japanese meteorologist who had advocated balloon warfare, visited the Mitchell Recreation area, left a wreath on the monument there, and expressed his condolences. 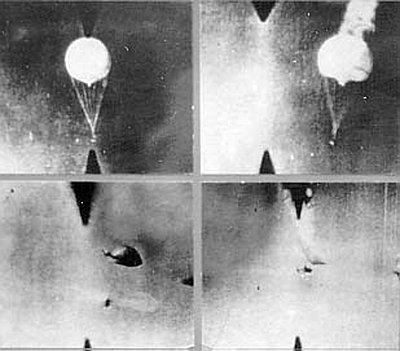 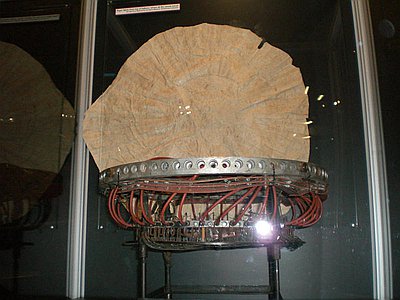 In order to comply with World War II blackout rules, people covered or painted over the upper part of car headlights.  During the war, Oregonians genuinely feared a Japanese invasion.  The production capacity of Portland’s shipyards made it a likely target.  The blackout rules were intended to make it more …

This monument was erected at the Mitchell Recreation Area in the Fremont National Forest, Lake County, Oregon in memory of Elyse Mitchell and five children who were killed on May 5, 1945 by a Japanese balloon bomb.  After a U.S. attack on Tokyo, April 18, 1942, Japanese military officials constructed …