To Reverse the Failure of the Nation’s Indian Programs

New Deal reforms ushered in dramatic new directions for the nation’s Indian policy, terminating the allotment programs, fostering Indian arts and crafts, and ending the prosecution of Indian people for practicing their religions. The new policy initiatives also encouraged tribes to draft their own constitutions and to form business corporations. John Collier, Roosevelt’s dynamic commissioner of Indian affairs, attempted to reverse decades of mismanagement, corruption, and failure in the nation's Indian programs. His chief vehicle for launching the new direction was the Indian Reorganization Act (IRA) of 1934.

Although Congress drastically modified and weakened the final measure, Collier set out to convince Indian people to draft tribal constitutions and to follow the provisions of the act. Over the next few years, 172 tribes agreed to organize under the IRA; another 73 refused because they mistrusted government policies. Even in its watered-down version, the new law repealed allotment, restored “surplus” land to tribal ownership, and provided funds to purchase additional land for reservations.

Tribes in Oregon greeted Collier’s initiatives with mixed sentiments. Members of the Grand Ronde and Warm Springs reservations voted to come under the provisions of the IRA. At Warm Springs, the three tribal groups there—the Warm Springs, Wasco, and Paiute—organized as the Confederated Tribes of the Warm Springs Reservation in 1937 and adopted a constitution and bylaws. The next year, they elected a tribal council and set up a corporate charter to conduct business activities. Today, the tribes at Warm Springs see the business charter as the beginning of their move toward self-sufficiency. The most notable among the Oregon tribes to reject the IRA were the Klamath, whose intratribal political differences prevented them from organizing under the act.

This newspaper article describes some of the early debates over the termination of southern Oregon&rsquo;s Klamath Tribes. The complex politicking reported in this piece went on until 1954, …

In 1938, four years after the congressional passage of the Indian Reorganization Act, the Warm Springs tribes became officially incorporated as the Confederated Tribes of the Warm Springs … 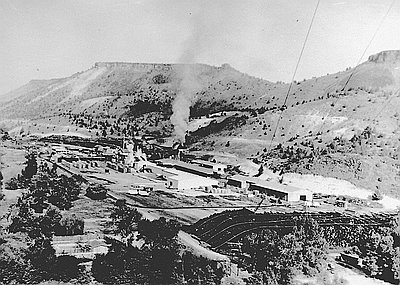